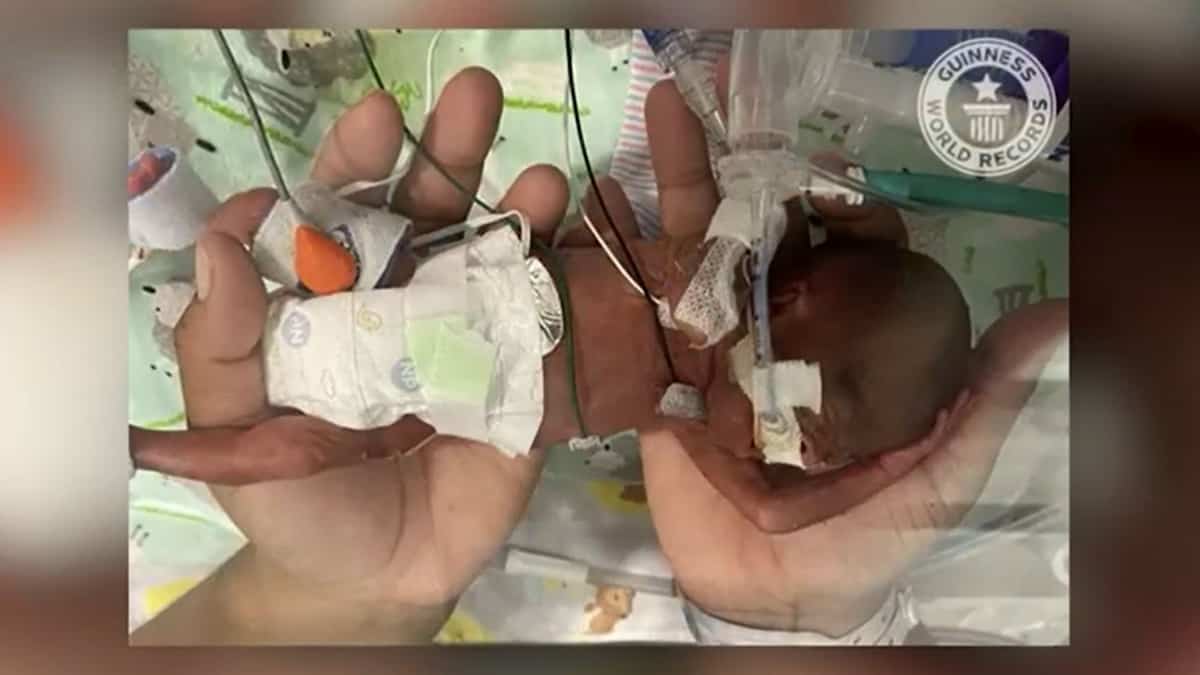 The baby from the state of Alabama in the United States was born at 21 weeks and one day, surpassing previous babies by 24 hours, setting a new record for being the lowest premature baby in the world.

The baby, named Curtis, and his twin sister were born on July 5, 2020, four months before the due date. The baby weighed less than a pound at birth.

Unfortunately, the little one did not survive and died the next day.

For his part, Curtis had to face many difficulties in his youth. He was placed on life support for almost three months. In all, he spent 275 days in hospital.

The baby finally returned home in April 2021 and was able to meet his other three siblings.

“I was finally able to bring him home and surprise my other kids with their younger brother, a moment I will always remember,” said Curtis’ mother, Michelle Butler.

Dr. Brian Sims, a pediatrician born at the University of Alabama, oversaw the birth.

“I’ve been in this business for over 20 years, but I’ve never seen a child like Curtis so young. He had something special,” he said.