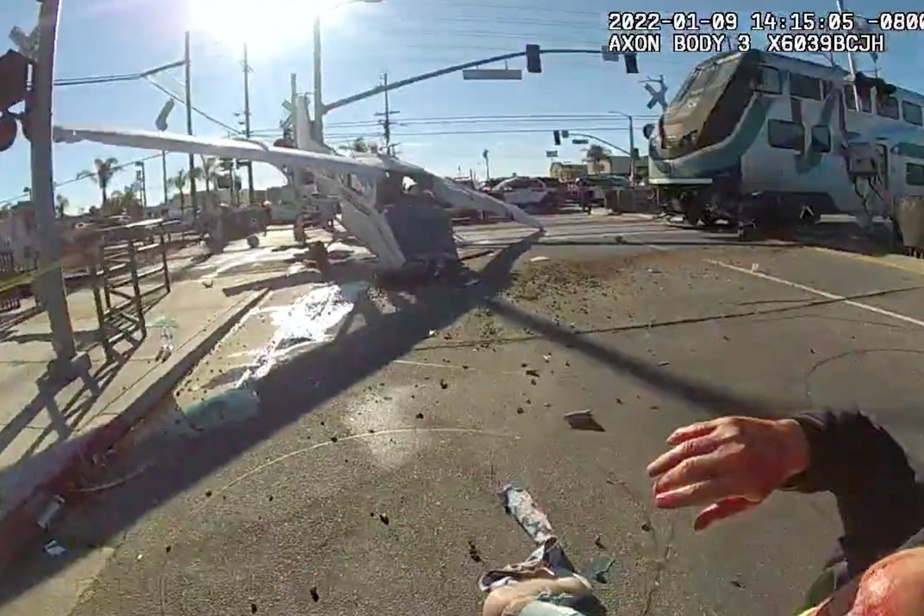 Sunday’s scene near Hollywood has an action picture: a passenger plane crashes into a level crossing, then wounded and ejected from the cockpit by police officers, the device sprayed a few seconds earlier. By a train.


Los Angeles Police released a video of the rescue recorded on officers’ on-board camera on Twitter, saying the single engine suffered a loss of momentum when it took off from a nearby airport.

The controlled Septuagenarian had to make an emergency landing, landing in the middle of the city and resting half way on the railroad tracks.

In the police video, you can see the officers busy pulling the pilot out of the cockpit, his face bleeding and stunned. Five seconds later, a full-speed train collided head-on with the plane, causing debris to fly around.

“I think this guy should buy a lottery ticket because he cheated death twice in ten minutes,” Robert Sherak, one of the two police officers who brought the pilot to safety, told NBC television.

The pilot was taken to hospital and his condition was stable on Sunday evening. The emergency services said he was alone on the plane and there were no other injuries in the crash.