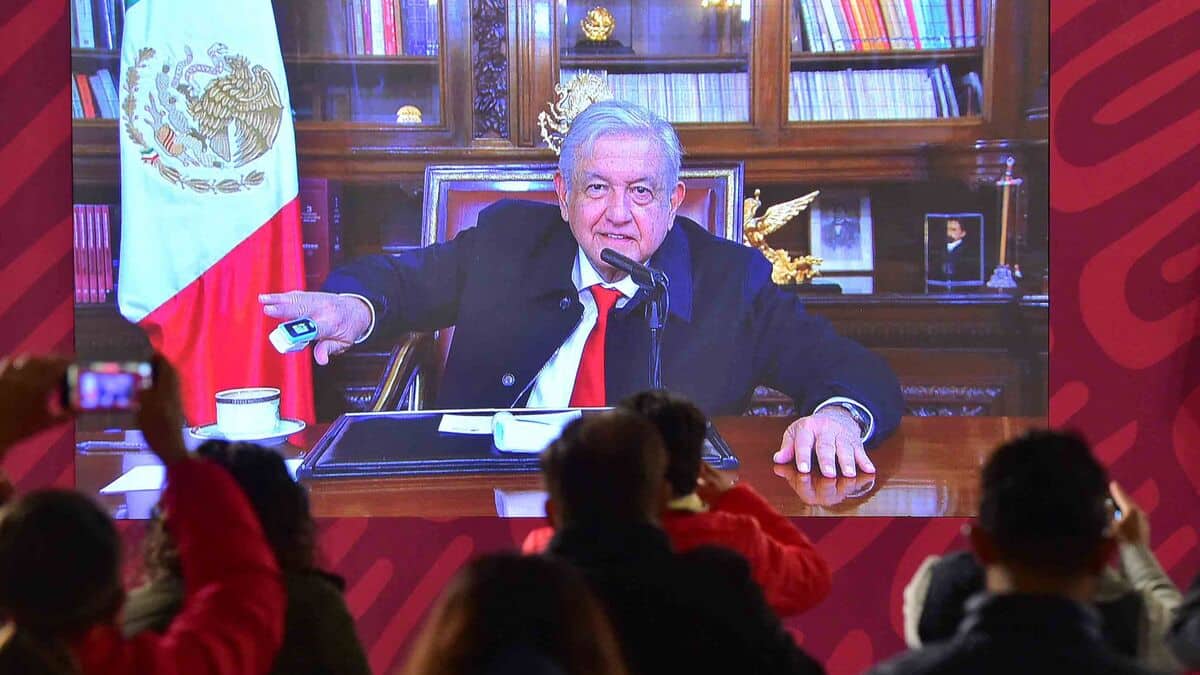 Mexico’s president said on Tuesday, after a second positive test the day before COVID-19, that he felt “enough” that in one country, a health official had asked people not to be tested. Check regularly. You have a cough or sore throat.

68-year-old Andres Manuel Lopez Obrador, who received his third astrogenic booster dose in early December, said, “I feel better and now we don’t have to be hospitalized.”

“Fortunately, this is a variation that does not have the size or risk level of the delta variant, and I’ll test it,” he said in a video message aired during his daily press conference.

The head of state said his temperature was 36.1 degrees and he had some symptoms including “pain in the body”.

Mr. Lopez Obrador received the backup vaccine on December 7, at the start of the third dose for people over 60 years of age. He already had the infection a year ago.

Its health manager, Hugo Lopez-Cadell, at the same time advised against formal screening, saying “this could be a problem for the whole world because the capacity to produce covid tests is low, not in Mexico, but around the world.”

Covit symptoms (cough, sore throat …) may be a sign of “other respiratory illnesses,” Lopez-Cadell told a news conference: “I had a cold last week.”

“So instead of running to the kiosk (testing center) test, you should stay home to avoid infecting others,” he said.

However, he added that “we need to monitor our health,” noting the specific rate of oxidation.

Mexico is the fifth most affected country in the world, with 300,412 deaths per 4.1 million cases since March 2020, according to official figures.

After three months of quiet and normal life, the epidemic has started again with the now dominant Omigran variant. In Mexico, more than 30,000 cases were reported in a single day on Saturday.