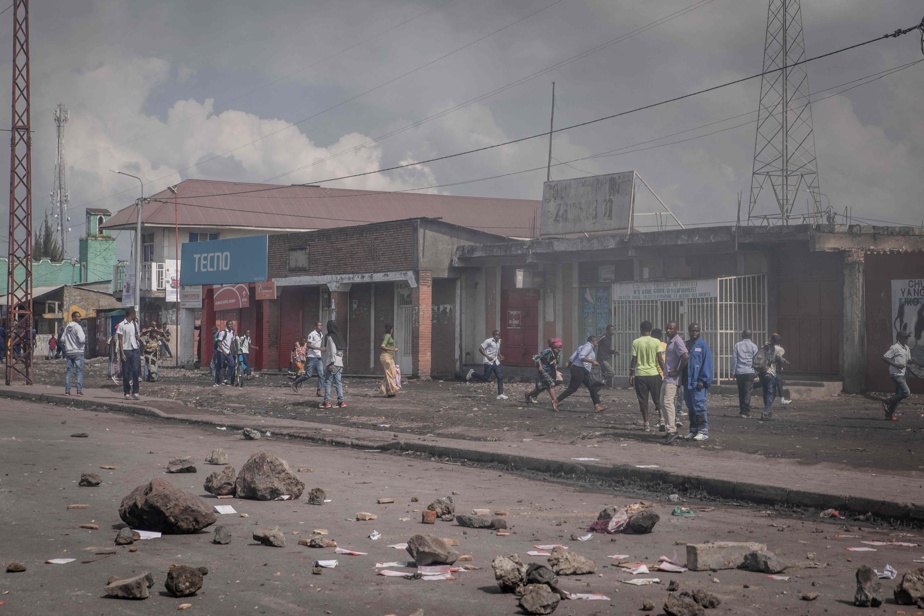 (Beni) A suicide bomber blew himself up on Saturday in Beni, in the eastern part of the Democratic Republic of Congo (DRC), killing at least six people, provincial officials accusing Allied Democratic Forces (ADF) rebels.


The ADF, the deadliest group of the DRC, has been accused by Uganda of being responsible for recent attacks on its soil, which the jihadi organization Islamic State claims, calling this group “its Central African province” (in Islamic State) Central Africa, ISCAP).

“A suicide bomber blew himself up at the entrance, preventing security guards from entering the bar, which was packed with customers. Six more have been killed, including a suicide bomber, and 13 others have been injured and hospitalized, ”said Brigadier General Sylvain Ekenge, a spokesman for the North Korean military governor.

A source from Benny’s town hall told AFP that “among those killed were two children.”

“Among the injured were two deputy mayors of the Mulegera and Ruwensori communes,” he added, adding that “urgent ADF terrorists activated their sleeper cells in Beni with the aim of launching operations against peaceful civilians.”

The bomber struck shortly after noon in front of a restaurant in the heart of Beni, where more than 30 people were celebrating Christmas.

The AFP reporter noted that the restaurant was littered with chairs, tables, glasses and bottles.

“I was just sitting there. A motorcycle was parked there. Suddenly, the motorcycle started with a noise and then there was a deafening noise, ”AFP Nicholas Ekila, a radio station presenter in Beni, testified.

A police vehicle took the injured to a nearby medical center, which was immediately closed to the public.

Thousands of civilians were killed

On June 27, two women were injured in a home-made bomb blast at a Catholic church. On the same day, a carrier was killed in a bomb blast near a bar not far from a mosque. The previous day another engine had exploded far away from a gas station without any damage.

Authorities have already blamed ADF insurgents for the attacks in Beni.

North Kivu and Iduri have been under siege since early May, an exceptional move that gave the military full powers but has so far failed to curb the abuses of armed groups.

In both DRC provinces, the Congolese and Ugandan armies have been conducting joint military operations against ADF positions since November 30.

The group is historically a rebel coalition of Ugandan descent, the largest of which is Muslims, who opposed Ugandan President Yoweri Museveni.

But he settled in the Eastern DRC in 1995 and became the deadliest of the many rebel groups in the area.

The DRC has been responsible for the deaths of thousands of civilians over the past decade and the bombings in the Ugandan capital, Kampala.

On March 11, the United States added the ADF to its list of “terrorist groups” affiliated with ISIS jihadists.